New Legislation Could Mean the End of Estate Taxes 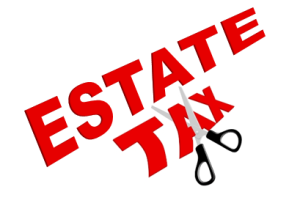 What This Means for You and Your Family

On January 24, 2017, the Death Tax Repeal Act of 2017, or H.R. 631, was introduced to the U.S. House of Representatives by South Dakota congresswoman Kristi Noem. If passed, H.R. 631 would completely repeal the federal estate tax. A separate companion bill put before the Senate by South Dakota senator John Thune, S. 205, would also repeal the generation-skipping transfer tax (GSTT).

These bills carry a few subtleties beyond the abolishment of two substantial taxes. Interestingly, both bills retain the federal Gift Tax with a $5.49 million exemption and a maximum rate of 35 percent.

How do the estate and GSTT taxes work now?

The 115th Congress is already poised to oversee many shifts in our country’s economic processes, and these could have a sizeable effect on estates large and small. But first, a quick recap on what these two taxes are:

●        Estate Tax: The estate tax, often called the “death tax,” is the 40 percent tax collected by the government upon the death of individuals whose estates are valued at $5.49 million or more. The estate tax has been around for about 100 years since the Revenue Act of 1916, although the exemption and the rate have varied significantly throughout the years.

●        Generation-Skipping Transfer Tax: Like the name implies, the GSTT is the 40 percent tax collected on assets passed directly to grandchildren, great-grandchildren, or anyone at least 37.5 years younger than the person making the gift. There is a $5.49 million exemption, but, like the estate tax exemption, this has varied over the years. Its current version was introduced in 1986 as a reform to the original legislation passed in 1976.

Since both bills retain the gift tax in substantially its current form, many “lifetime” planning strategies may become less relevant or desirable. But, a repeal of the estate and GSTT opens up many opportunities to better protect your heirs from creditors, divorcing spouses, future taxes, and more through comprehensive estate planning, rather than being so focused on reducing estate taxes.

While it’s yet unclear whether or not this legislation will pass Congress and be signed by President Trump, it’s crucial to work proactively with us to avoid risks and take advantage of opportunities afforded by these changes.

Stay in touch to keep your estate plan current

In a time where so much is changing in America’s legal landscape and the possibility of sweeping national tax reform seems imminent, it’s more important than ever to keep your estate plan up to date in accordance with the newest laws and provisions. Right now, we’re watching the tax landscape, but taxes are only part of the estate planning puzzle. Changes in your family circumstances, income, and assets are all reasons to get in touch today. If your plans would be significantly impacted by an estate tax repeal, we’ll let you know as we work with you. But, for the vast majority of us, there’s never been a better time to protect your family with a trust-based estate plan.

Change can happen quickly, so stay tuned for more information and give us a call if you have any questions about this or any other aspect of your plan.

Disclaimer: The information you obtain at this site is not, nor is it intended to be, legal advice. You should consult an attorney for advice regarding your individual situation. We invite you to contact us and welcome your calls, letters and electronic mail. Contacting us does not create an attorney-client relationship. Please do not send any confidential information to us until such time as an attorney-client relationship has been established.